Before Townsville, University life, and moving to another country, I was quite comfortable living in Kuala Lumpur where the biggest challenge of the day was what I would have for lunch, and if you’ve savoured the multitude of foods Malaysia has to offer, it is a challenge to figure out what you should eat next.

While some people choose to use a #throwback photo to reflect on the past, I go all the way and am making a post on how I started my journey to university. Being interested in the marine environment stretched back to when my family would go on holidays to the beach and I would constantly be in the water to look at fish. I never realised it could be a career option because being a “scientist” was never something people talked about. I thought about it as seriously as a 12 year could and used it as a default answer whenever people asked me what I wanted to be when I grew up. It was something easy to say but how far it would be a reality wasn’t something I actively tried to make happen. That is, until I heard of a close family friend who started her a Marine Biology degree, and then it clicked that it could be a career, and that there were places people went that could actually bring me closer to a Marine Biology degree. While I was in pre-Uni (Year 12 for familiarisation), that was when everyone had to start thinking about their higher education and what they could do with it.

Seeing as I still hadn’t found anything else that interested me as much as Marine Biology, I decided I might as well pursue it as far as I could. Pre-Uni was a fun and challenging time where textbook regurgitation simply wasn’t going to cut it and we had to start thinking outside the box. It was the first time I would take up a leadership role, and it was also the first time I would start doing things because I wanted to and not because my friends dragged me into it. I opened up my social circle, I started driving and had to face our terrible city jams, I learned how to vocalize my opinions, and everything later that required independence I pretty much learned it during my time at college.

Being Head of Wardrobe for our Annual English Literature play meant I had to dress up all 7 of our brilliant actors!

Then came graduation and it was an automatic option for most people to go straight to the UK or do a transfer program later as the pre-Uni program I was doing is based on UK syllabus, and I actually did apply to a few UK universities that had marine programs. Call it burn-out, nerves, or brain crash, but I felt completely wrecked after finishing my last exam as I had to study insane hours to during the last semester to lift my grades up from the previous one as I had become too involved with extra-curricular activities.

As a result, I decided to take a gap year and find an internship or job in something marine-related in Malaysia to see if it was really a field I could be in the long-term and not just a fleeting interest. Thankfully, with backing from my parents I had an awesome time off from studies and managed to get some work at a Marine Research Centre in Borneo that focused on giant clam propagation. I got to practice more of my diving here and had a fun time cleaning clams, making clam and seahorse food, and honing my tour guide skills by bringing tourists around the research centre.

I learnt that I did have a strong enough passion to pursue something marine related-what and where that passion lies I’m still trying to figure out-but I was willing to take the risk because being in marine was and still is one of the few things I know I’m doing right. All this brings me back to Townsville, now in my 3rd year and still incredibly unaware of what is yet to come, but it will be exciting.

Eryn and Cherie continued their pottery ... 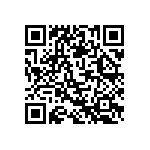 Scan the following QR code to go to the Wechat site: